Shazbotdom
Ministry of the Military 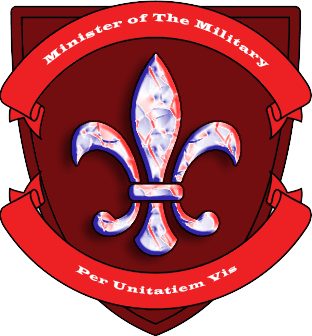 The Shazbotdom Military has a long storied history, dating back from the protection of a couple hundred people during the migration away from the Oppressive governments of Europe in the 11th Century, to the settlement of lands within North America during the times of the Viking Settlers in the 12th Century, to the discovery and colonization of the old Imperial Mainland and the current Imperial Mainland.

From the "Shazite Protection Authority" to the "Imperial Army" then on to the "Shazbotdom Marine Corps", it has stood the test of time, countless battles, and increasing threats from those who wish to destroy the Shazite way of life.

From attempted invasions on Colonial Possessions to nuclear attacks upon the Imperial Mainland, they have answered the call of our leaders to protect Imperial Interests, both at home and around the globe.
I BUILT MY SITE FOR FREE USING